Publications For Sale at the Concrete Heritage Museum Bookstore 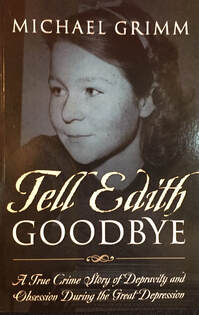 ​It's the summer of 1935, and a stranger known simply as the Finn has arrived. The resulting tragedy rocks the Skagit Valley.  This is a true crime story of Michael Grimm's family history. 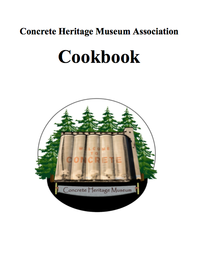 The first printing of  the Concrete Heritage Museum Cookbook -  available November 29, 2015
Do you remember coming home from school to the delicious smells wafting through the house because Mom, or maybe Grandma, just finished baking a delicious batch of cookies? This cookbook is the written collection of those memories.
We solicited recipes for several months, asking museum members, our friends and family, as well as neighbors from the Upper Skagit Valley for their favorites. What you are holding is the result. It is hoped that some of our old favorites will become your new favorites.
​
Download the publications order form below. 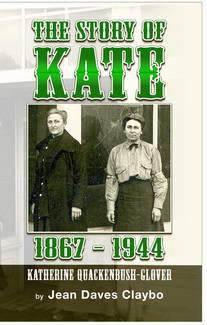 Kate, Kit, or “Glover” as she was typically called, came to Skagit County from New York by way of California with her husband Joe Glover. Independent and strong-willed, she was determined—at the request of Portland Superior Cement Company—to bring the telephone lines farther east from their then current location in Hamilton at the turn of the 20th century.

She helped create and became the President and major shareholder of Skagit River Telephone Co., from 1909 to 1935. She brought her sister Nell Quackenbush from New York in 1909; Nell helped get those cables put up all the way to Marblemount in short time, and continued taking care of maintenance and repair of those lines.

Nell was celebrated as the first and only woman of the time to climb poles in countless articles from around the country, a Fox newsreel in movie theaters, and a “Ripley’s Believe it or Not” cartoon in 1929.

The author knows her subjects well, not only because she grew up in the area and graduated from Concrete High School, but because she is a grandniece of Kate and Nell.

Deluxe edition of “So They Called the Town Concrete”: $18.00

​Written with the wit and insight of the town’s longtime newspaper editor, “So They Called the Town Concrete” documents the early days of “Baker” and “Cement City”, the development of the cement and wood products industries, Concrete’s incorporation in 1909, and the town’s subsequent boom years.